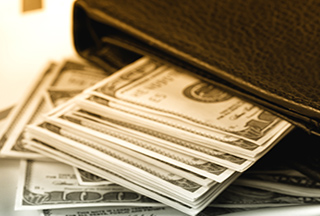 Once again, we are all saddened to hear of another celebrity with immense talent that losses his life apparently to drugs.

Once again, we are all saddened to hear of another celebrity with immense talent that losses his life apparently to drugs. http://www.dailymail.co.uk/news/article-3554636/Highly-addictive-potentially-lethal-Prince-s-overdose-drug-Percocet-linked-string-celebrity-fatalities.html

It's being rumored and Internet sources (but not confirmed by autopsy yet) that he was hooked on opiates. Opiates are naturally occurring substances from the poppy plant and are also made semi-synthetically and synthetically. They all produce a morphine-like effect.

They are primarily used for treatment of pain, cough suppression, acute diarrhea, and to induce anesthesia. They can be taken by mouth, smoked, snorted, injected, and are absorbed through the skin, usually through opiate skin patches prescribed for chronic pain.

Not everyone who uses opiates like the way they make them feel. But for the subset of individuals that do like it, it produces a general sense of well-being reduces tension and anxiety and creates euphoria.

Common prescription opiates in tablet form include hydrocodone, dromorphone, codeine, and oxycodone. Some news media sources are saying that Prince was addicted to Percocet. Percocet and OxyContin contain a powerful opiate oxycodone. Common side effects include drowsiness, itching, sleepiness, nodding off, inability to concentrate, apathy, lessened physical activity, constriction of pupils, flushing of the face and neck, constipation, nausea, vomiting, and respiratory depression (which many believe his what caused Prince's death).

With aggressive use of opiates tolerance is developed and it requires more and more to achieve the desired effect. At some point, you may cross the line where the amount you are taking is enough to stop you from breathing.

One of my sons was in a fraternity at the Louisiana State University. One evening, one of his fraternity brothers went out partying with a group. He drank, took Xanax, and OxyContin. They found him dead on the sofa the next morning. The cause was respiratory arrest. There is a powerful cumulative response when you take alcohol and other sedatives with opiates. They mixture of other sedatives with opiates can be fatal.

Heroin (which also comes from the poppy plant) is an opiate and has become an epidemic problem now in United States. The governor of Vermont declared it the number one problem in their state several months ago http://www.pbs.org/newshour/bb/nation-jan-june14-heroin_01-09/

Insurance companies are allowing people to stay in treatment less and less days now. This puts people at extremely high risk for relapse even if they go in for detoxification. I foresaw this coming several years ago and that is why I developed BeginRecovery.com.

I encourage anybody who is becoming addicted to opiates or any drug, including alcohol to take a look at my Internet program. It is a great way to start getting sober and it is also a great way to stay sober after brief treatment. http:// www.beginrecovery.com