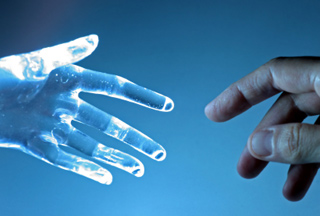 Drug use and professional sports have gone hand in hand as the industry has got ever more competitive and exponentially more lucrative. The sporting world has often been rocked with reports of illegal PEDs (performance enhancing drugs) being used by world class athletes. Cycling, Track and Field, the National Basketball Association (NBA), Major League Baseball (MLB), National Football League (NFL) and countless others have had to ban innumerable individuals, sometimes even whole teams for PED use[1]. Illicit drug use by professional athletes has traditionally received less attention in both the media and by athlete support mechanisms. In modern sport though, substance abuse and addiction effects more and more professional athletes, resulting in failed careers, unrealised potential and individuals being left to pick up the pieces of their shattered lives. Former Cleveland Browns star Johnny Manziel, is the latest NFL player whose career and potentially whose life has been ruined by substance addiction.

Manziel was recently handed down a four match suspension for substance abuse which has sparked discussion about his future in the sport. Adding to the doubt surrounding his future, is an apparent lack of understanding or appreciation for the serious nature of his addiction. Soon after receiving the early 2016 suspension, effectively ruling him out of contention for a position in the NFL this year, he flew to Carbo, Mexico for a week of partying before his supposed sobriety date of July 1st. During this trip, Menziel threw his now infamous parties, openly smoked illicit substances and drank heavily[2]. The bandana emblazoned with the words ‘F***ed Up’ that Johnny Menziel sported around Carbo may well be an accurate symbol of his comeback hopes. (Read more about Johnny Manziel’s story through USA Today here)

Menziel is by no means alone in destroying a promising professional career through substance abuse. Unfortunately, many of the world’s up-and-coming athletes, established stars and even entire clubs struggle with a culture of excess and addiction. Consider the Cocaine and Alcohol fuelled controversy surrounding Australia’s football code, AFL. In 2006, previously celebrated club, the West Coast Eagles, were embroiled in a major illicit drug scandal from which they have never quite recovered[3]. Substance abuse has been so rife that the team has earned the nick name, West Coke Eagles.

Many athletes start down the road to professional sport from a very early age, Rafael Nadal began his Tennis career at the age of 3[4] and LeBron James was playing Basketball by 9[5]. Such an early and pointed life focus creates a highly charged atmosphere of pressure and expectation. This pressure follows them throughout their careers as their future depends more and more heavily on continued and unwavering performance. Many athletes feel the need to escape this claustrophobic atmosphere of expectation, pressure and performance anxiety and all too often find this escape through substance abuse.

Adding to this already tense environment is the fact that most athletes achieve fame, stardom and often the pinnacle of their careers before the age of 30. Considering that the brain’s frontal lobe (centre of impulse control, decision making and emotional response management) does not fully develop until a person is almost 30 years old[6], it is little wonder that so many promising stars have fallen in to the devastating grip of substance abuse and addiction.

Of course, this problem extends far beyond the fields, courts, pools and tracks of athletes. Common to sports and society alike, one of the largest groups ‘at risk’ of succumbing to substance abuse and addiction remains teenagers and young adults struggling under the weight of stress and anxiety. It is my privilege to help these individuals reach their full potential. With my online sobriety coaching program, we can work together to overcome the substance abuse or dependency that promising athlete or your loved one is facing.