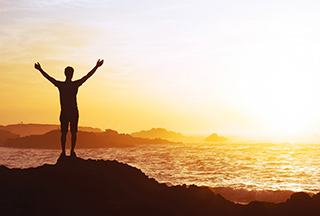 Substance related arrests account for over half of the people incarcerated in Federal prisons within the United States[1]. Such high incarceration rates for drug related offences might lead some to believe that the United States’ sizeable drug problem is being addressed. Unfortunately, both prison population numbers and drug crime rates continue to rise. Perhaps part of the reason for this is the inability of the penitentiary system to effectively deal with the substance addiction and abuse issues of their inmates.

Recognizing the substance issues within the prison system, President Barack Obama called for an increase in the proportion of the federal budget that would go towards drug prevention and treatment. Despite this positive step, the proportion of the nation’s expenditure spent on preventative measures is still drastically outweighed by that spent on drug related law enforcement. It should be pointed out that the latter is also an integral part of addressing the nation’s drug issues.

Unfortunately, this lack of emphasis on prevention and treatment is felt harshly. In California alone there are 1,000 drug incidents annually within federal prisons and between 2006 & 2008 there were 44 drug overdose fatalities[2]. This phenomenon is by no means isolated to California. Between 2008 & 2009 1,132 random drug test conducted in federal prisons around Florida showed positive for illicit substances. Furthermore, in that year prison officers confiscated 2,832 grams of marijuana and 92 grams of cocaine[3].

Most states across the country report similar issues within penitentiaries. A core part of the issue is an inability to rehabilitate those entering the country’s penal system. In 2015 it was estimated that over 80,000 of America’s inmates suffered from narcotics addiction, 10,000 of those being addicted to heroin. More troubling still was a study conducted in New York that showed around 90 percent of prisoners with a history of drug addiction relapsed within a month of their release[4]. The implications of studies and statistics like these are alarming.

People suffering from addiction are being released from the prison system and are almost immediately trying to satiate their persistent addiction and dependency. Often having very little means of their own, these people regularly turn to the mostly petty crimes associated with drug addiction in an attempt to fund their cravings. Desperate crimes lead them once again to incarceration; an environment that not only lacks effective treatment and support but which also frequently fuels their addiction. And so, the cycle continues.

There are many approaches needed if America’s rising drug problem is to be effectively and sustainably addressed. One of the most obvious and most quickly implemented is a focus on rehabilitation within the prison system. 50 percent of all inmates in America are incarcerated for drug related crime. That represents a huge opportunity to address America’s drug problem within one of the most at risk demographics. Having these people already imprisoned also means that programs can be run in a controlled, safe and easily monitored environment. Providing effective substance support and rehabilitation provides an inroad into reducing prison populations, increasing public safety and reducing the likelihood of repeat offence whilst positively effecting substance addiction rates across the country. Establishing effective drug rehabilitation and support programs within America’s prison systems is of paramount importance.